Sneaky Dee’s is a place me and my friends frequent when we go down to drink on College street. Its usually the bar we end on but we decided to start on it this time because we had a huge craving for Buzz Amber. Buzz Amber is my team’s favorite all-around beer of choice. I secretly still prefer Guinness overall but Buzz Amber is a tie or very close second. We discovered Buzz Amber at Sneaky Dee’s the first time we went drinking on College street. It was the last bar of the night that time and we just asked for something cheap and left it up to the waiter. The moment we tried it we loved it. It’s a very smooth dark beer. Very easy to drink and not notice how drunk you are getting. If any of you are ever at Sneaky Dee’s I highly recommend trying it. 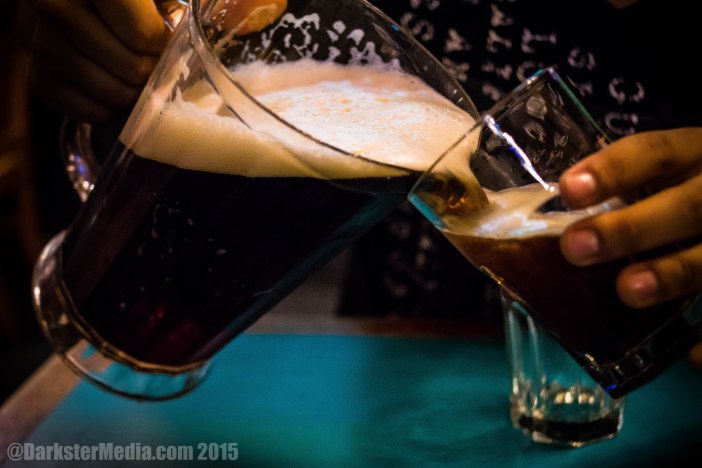 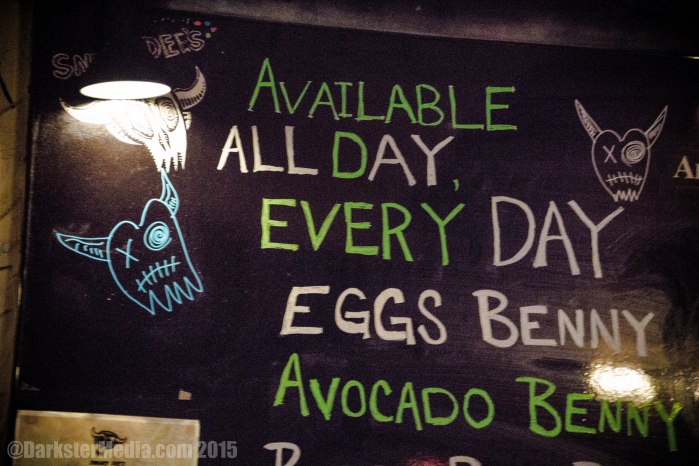 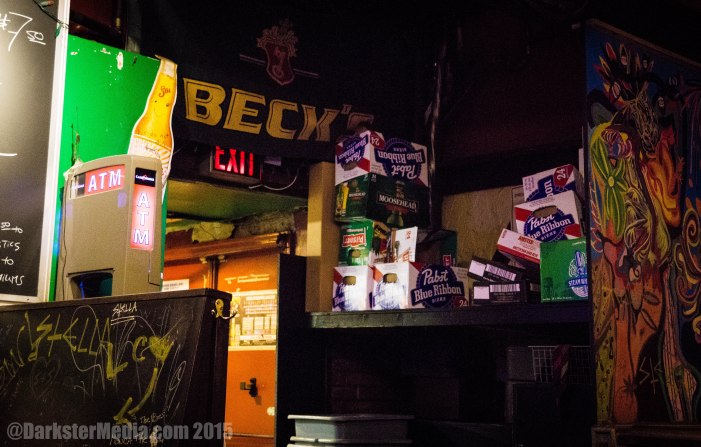 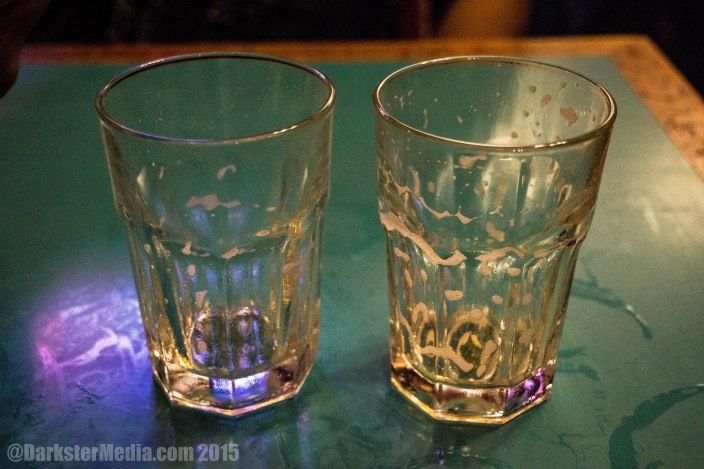 This was the first time we went to Mullins. My friend saw it on the way when were meeting up. We decided to give it a try after Sneaky Dee’s and we loved it. It wasn’t busy and there wasn’t any loud annoying music playing. The whole side of the place was one big window they left open. It was nice having the breeze flow into the bar. The people working there were also very nice. We asked them for what they would recommend as the drink of choice to represent the Mullen. They brought us 2 pints of Guinness. I cant complain. My favorite beer at a really nice comfy open window bar. Will visit again for sure.

I’m more of a whiskey, vodka, beer kind of a guy so things like martinis throw me off a bit. But we were trying new things and said what the hell it looks nice so let’s give it a try. We quickly noticed how “dated” the place was which made me and my friend laugh at the situation. We got our seats and went up to the bar and I asked for something that looks good in a picture but isn’t a girl drink. The bartender laughed and thought for a second. She told us that would be a “Caipirinha” which is a Brazilian drink. I and my friend agreed after drinking it that it’s simply an alcoholic lemonade. We liked it but the overall place wasn’t our style. If you are looking for a place to take a date but want to be on the fancy side or you’re a fan of martinis I recommend Touche. If you are not one of these than I would say keep looking. 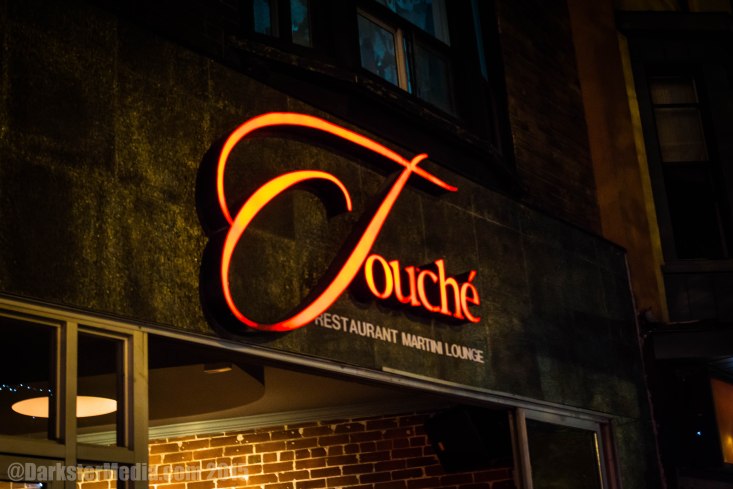 So we are walking and at this point, you have to understand we are pretty drunk. We see Ryoji across the street and decide we should go over. We get inside and see how nice the place is. I mean its very pretty and out of all the places we went to it has the best lighting. As you can probably tell from looking at the pictures. We asked the waiters what they would recommend and they both said different drinks. We said we will get one of each and try it. Now again we were drunk so we forgot to get the names of the drinks written down but we both agreed we liked the drink in the shorter glass more. It had this slightly grassy taste that went down very smooth. The other one was more of a sweet and sour flavor. We didn’t hate it but we wouldn’t order that drink again. Overall great place. We plan to go back there to try the food next time. 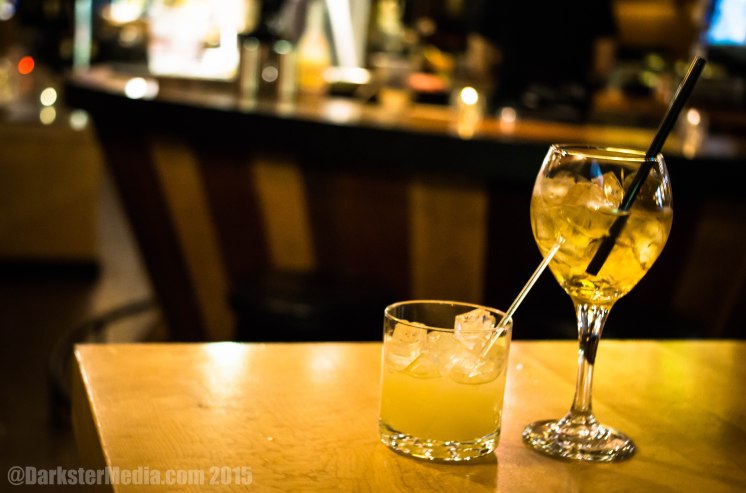 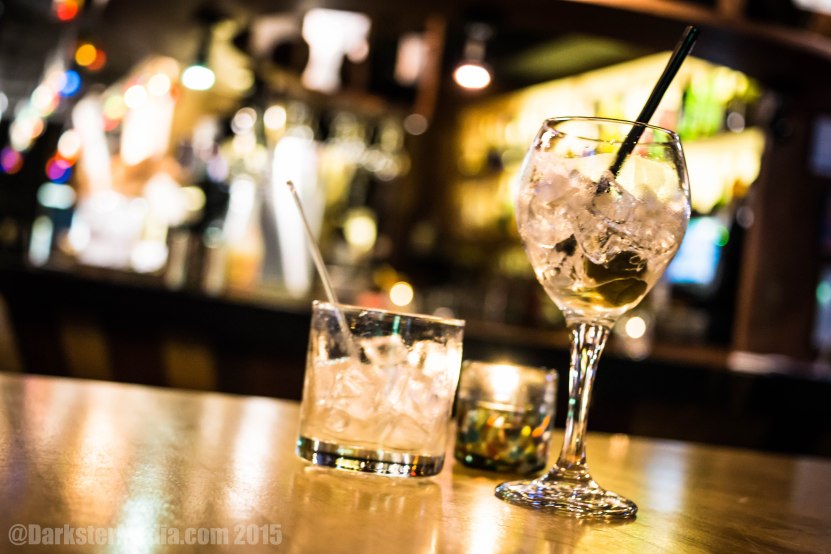 Remember how before when we crossed the street to get to Ryoji. Well, we are even drunker now and we are stupid in general. We had completely forgotten we crossed the street. So we continue down the street and start seeing stores we are sure we passed on the opposite side of the street. Now again let me remind you we are very drunk now and also very stupid. We start to talk about how its such a dumb idea to double up the same store on the same street. We go on about how bad of a business idea that is. on the second store we saw that doubled up I got suspicious. One store on the same street doubling up, ok. Two stores on the same street? No somethings not right here. It wasn’t until we hit the 4th store I realized we are walking backward on the opposite side of the street. We walked for a solid 8 to 10 minutes in the wrong direction before I realized we went the wrong way. We couldn’t stop laughing at how dumb the situation was and then had to speed walk all the way to Smokes. -_-

Now that all that’s^ out of the way. Let’s talk about Smokes Poutinerie. What can I say? It’s the best poutine in the city if you ask me. My friends would agree with that statement. What you see photographed down below is the triple pork poutine. Just writing about it now is making me salivate. I think if I was able to without getting fat I would eat this every day. I mean just look at it. Do I need to say anymore? Do yourself a favor and get some poutine at Smokes Poutinerie. Unless you’re a vegetarian. I mean they do have vegetarian options but meh. It’s just not the same. 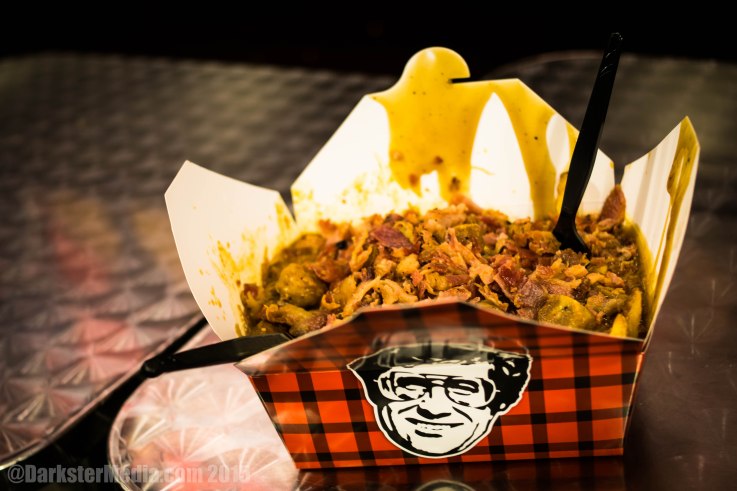 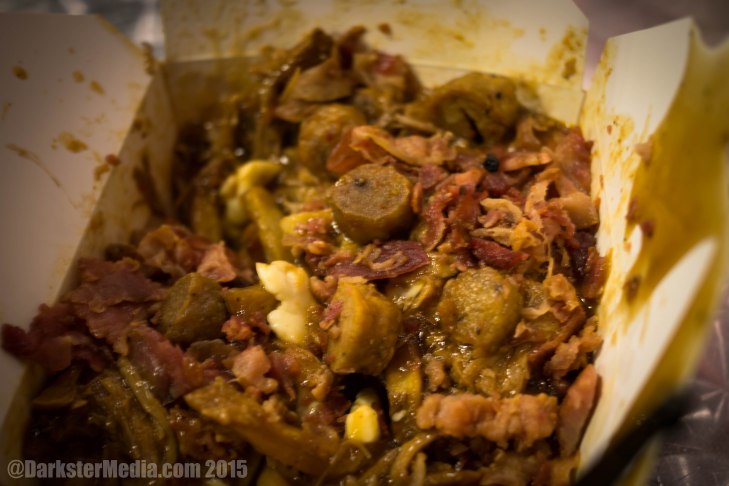 I’m going to say right off the bat this place is not my style. Music too loud, drinks were on the more expensive side. The crowd was very young and hipster. I just wasn’t able to feel comfortable there and relax. I felt like I stood out like a sore thumb. That being said. If you are a fan of the whole hipster type stuff than you would like this place. Also if you’re a single guy between 20 and 25 it’s a good place to go since it was filled with girls. Again not my scene but it is someone’s scene. Everyone there seemed to be having a good time. My friend overall didn’t mind it but he really liked the music. The DJ was playing a lot of pretty cool old school music. As a DJ myself I can’t be too impressed about downloading a best of 80s track list and playing it. The good music alone doesn’t validate the place for me. Your results may vary. Oh and we forgot to write the name of the drink we got here as well. It was alright…I wish I can say more but I was pretty drunk by this point and it wasn’t that memorable of a drink, to begin with. 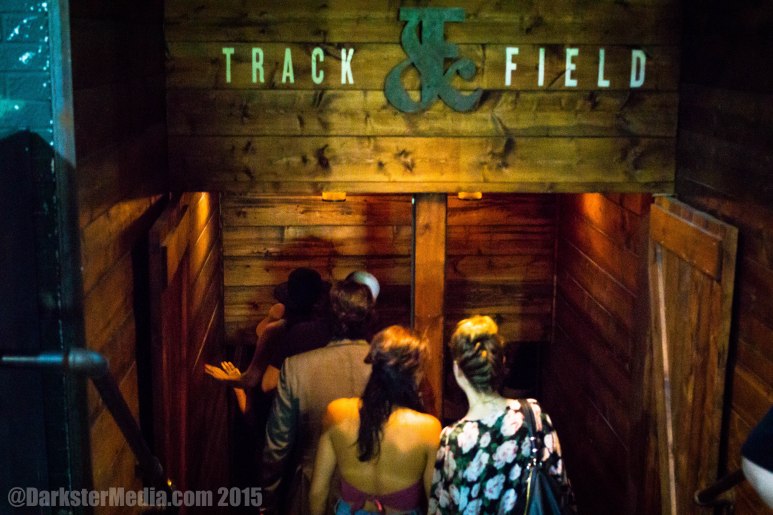 We were so drunk by this point I couldn’t function as a photographer. Hence why I don’t have many good pictures of the Emmet Ray here. I was so drunk I knocked my glass of whiskey over on the table and didn’t want it going to waste so I drank it off the table. >:P Yea I was pretty drunk. My beard smelled like Glenfarclas 12yrs for the rest of the night. That being said the Emmet Ray is one of if not my favorite bar on College Street. The live jazz band always playing quality jazz at the back of the place alone is worth a visit. The whiskey selection is simply amazing. Over 230 different kinds of whiskey. If you are a fan of whiskey this is a place you got to go to. 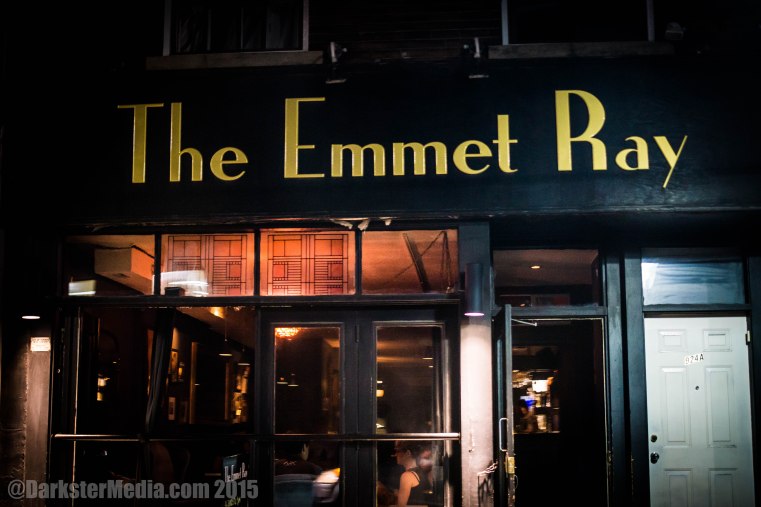 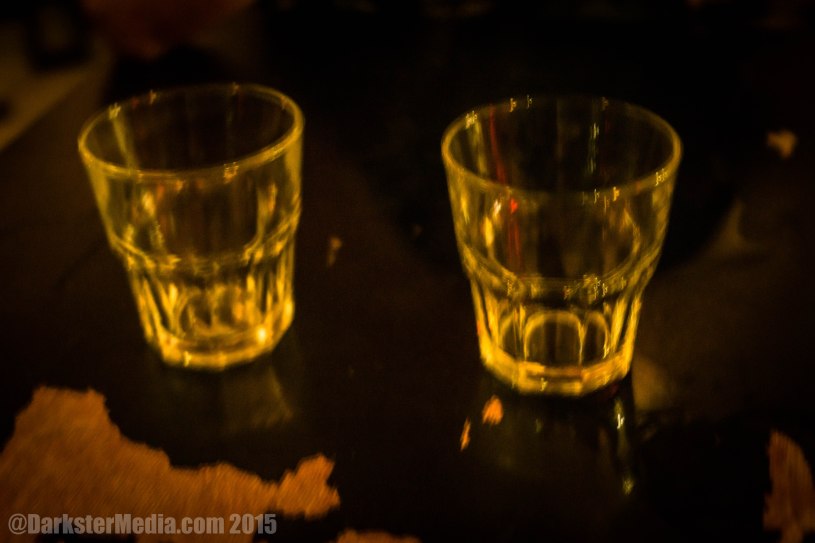 Back to Sneaky Dee’s

After whiskey at the Emmet Ray, we decided we had to go back to Sneaky Dee’s for one last round of Buzz Amber to close off the night. We did just that. All in all, it was a great night. Would do this again for sure. 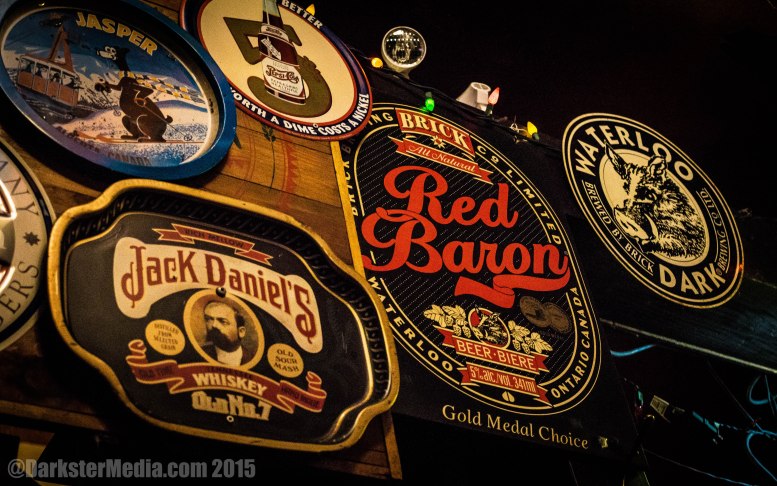 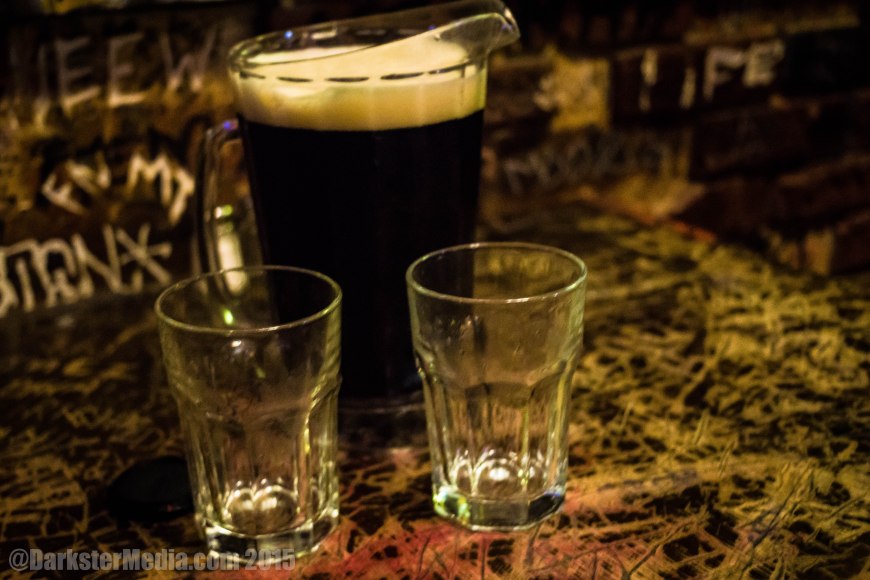 All shots were taken by me using a Sony a6000 with a 35mm Canon FD vintage lens. Lastly a special thanks to my friend Arash for coming along and helping me drink. 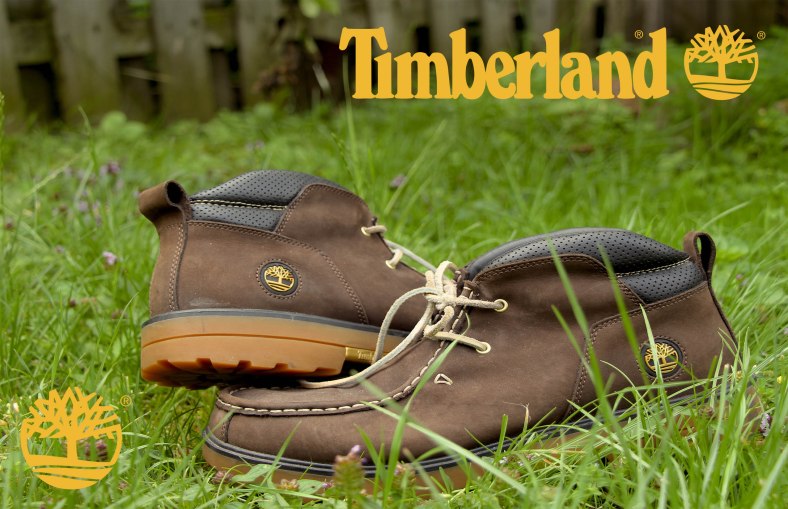 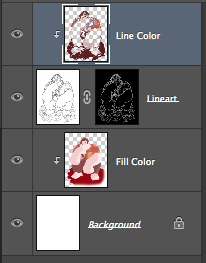