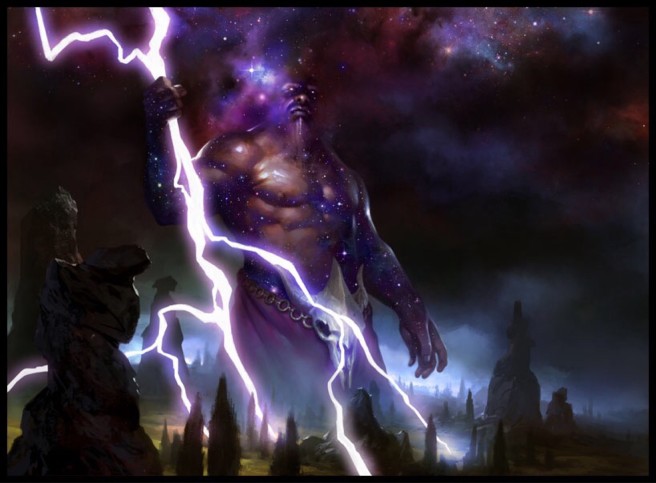 I was with 2 or 3 others, either me and another male and 2 females or me another male and 1 female. We were at some location we were not familiar with. I want to say we woke up there but I’m not sure. There was a old kind of creepy looking house behind us. I don’t want to call it creepy but it wasn’t pleasant either. It was right there in the middle. I can’t remember if we woke up in it and came out or if we just woke up in front. Regardless we didn’t go inside it and we woke up facing away from it to a very wide path with tall dark trees that reached high into the sky. I and the others seemed to know each other but I really can’t recall who they were or if they are people I ever knew.

We questioned where we were and what was going on and we realized we had powers. It was one of the girls that noticed it first and was surprised/ scared. Her hand suddenly produced lightning sparks and she was able to shoot them out. The other guy was also able to do something too but I don’t remember what it was. I had some kind of smoke/fire power. Similar to the power the main character of Infamous: Second Son. That whole smokey flame thing. As we stood and tested out our new found powers I noticed that I was really able to push mine more than the others. Blasting my flame smoke far into the sky. I then started to notice that I can change my power altogether.

I started to use a power similar to the lightning girl but at a much more powerful level. To the point I was calling down lightning and thunder from the sky instead of my body. They asked how I can do this and I said I don’t know and continued to test the extent of my powers on the open path in front of us and the sky above. Even now wide awake writing this I can still feel it. The essence of the powers from the dream. I feel like if I stood up and imitated my self I can do the same….no, nvm. Tested it, didn’t work. As I tested the extent of my abilities in the dream it kept getting stronger. I would sway my arms behind me and then throw them in front and gale force winds would blow through the sky and down the path. The tops of the trees would shake and the clouds in the sky flew away with the wind, revealing the large bright moon.

I decided I will bring the clouds back just then. I swirled my hands around me with strong footing on the ground. As I spun and pulled huge black clouds appeared hard, loud and fast swallowing up the view of the moon. It then started to thunder. I can still feel the shocks and force behind those bursts of thunder throughout my body. I called down lightning and rain and wind. The thunder and lightning crashed repeatedly faster and faster in front of me. I kept calling it down harder and faster.

Then I herd the people I was with yelling at me to stop and I did. The rain and storming continued but the lightning and thunder stopped like I flicked a switch. They were scared and worried about what I was doing. I told them I’m in full control of it and to prove it I said see and cleared the skies with a push of my hands. Right about then is when I woke. I still feel it. The rush, the power. I didn’t realize it was a dream at any point. I had full control of the universe but never noticed. I wish I could have tried some more things. Like maybe pick up the house with my mind or fly, stuff like that. All I can say is it was epic, would dream again.

I had a dream last night where I was running away from ninja. I remember hiding in a small crawl space and going through it. It was small but I could crawl comfortably. At some point there was glass on the floor and my hand got pressed into the shards. It was my right hand and it had a few shards stuck in it. I pulled them out, it wasn’t too bad. A little bit of blood or none at all. But there were 2 shards between my pinky finger and ring finger. I pulled the first one out and there was a bit of blood. I then pulled the second one out and blood came shooting out. It was thick almost like honey and it oozed out. I could feel it pulsing out. I could feel my heart pumping and the blood being pushed through my body, I could feel it go through my arm and oozing out the open wound. I crawled out holding my arm up still bleeding. I came out of the hole on the other side and found myself entering a house and washing up in a sink. The water was warm and washed away the blood. I can’t remember if it cleaned up the blood or if it didn’t but it was soothing and for sure helped. I felt my heart not pump as fast or hard. I bandaged the wound to get ready to fight the ninjas who were closing in on me as I woke up.

This is a “gag” I wrote for my DMA299 Media Production class. It was meant to be funny and have some sort of punchline or at least be a funny story but once I started writing this is what I got. Its a little on the sad side but it really hits home with me personally and how I feel in my day to day life right now. I hope you all like it. I will be posting more stuff like this in general from now on I think. We will see how it goes.

The fool goes to the princess after a visit from her prince charming and asks. What is it about him she loves? The princess says that he is loyal and kind and funny. The fool asks. Who is the loyalist person she knows? The princess is not sure. The fool says was it not him who has been by her side through all the hardships she has faced. Willing to take the blame for anything. The princess replied yes you are right you are the most loyal fool I know. The fool asks who is the kindest person she knows is. The princess is not sure. The fool says is it not he who tells her a tale or a joke to raise her spirit. Is he not the one who skips meals to save pennies only to get her what little he can? You are right you are the kindest fool I know. Finally the fool asks. Who is the funniest person she knows? She says of coarse the fool is. Yes. You are right says the fool. My humor and wit is known across the lands. Kings and men alike smile at me. Does this not make me the most loyal and kindest and humorous person you know? Does this not make you love me? The princess thought a moment and said. No. It just makes you a good fool. No one can love a fool.